Everything for your Spa Including Help & Advice

Most topside controls you see below were manufactured by Balboa Water Group & Gecko Alliance. In some cases spa manufacturers, such as Marquis Spas & Cal Spas exclusively used Balboa where as other spa manufacturers such as Coast Spa and Dimension One have used both manufacturers over the years. Please note that one is not necessarily better than the other. When matching a topside control, make sure the overlay button lay out is the same and the plug style is the same. Balboa uses “phone” and Molex plugs whereas Gecko uses an 8 wire pin plug or In.link plug also known as Aeware.

In almost every case a topside control is stuck down with sticky tape and can easily be pried up with a screw driver to remove. A few may have a couple of screws under the overlay holding it down or a backing bracket underneath the spa. The backing bracket is only found on the Gecko brand topside and the mounting screws are used with a few Balboa. Tech tip: If there is no display on the topside control, make sure a Rodent did not chew the cable. If that checks okay then make sure you have proper voltage to the control box and that all the fuses are good. 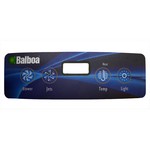 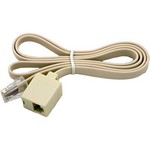 We are currently closed for restructuring. We will be back soon.
Need assistance? We can be reached at [email protected]
TOP